In Chapter 4 of Ancient Rhetoric, a commonplace is referred to as a “statement that regularly circulates within members of a community.” But why is this such a common place? Well, if you have ever lived with others or invited friends over to your place then you know that the living room can easily be known as a common area where rhetorical messages are sent at every moment. The textbook defines common as “available to anyone who spoke to wrote the language in which they were couched.”

According to Aristotle, rhetorical common topics were those suited to any argument at all. Common topics were universal and could be used to argue out anything whatsoever.His three common topics were simply known as conjecture (a thing that has or has not occurred and what will or will not occur), degree (a thing is greater or smaller than another thing), and possibility (what is or is not possible).

First, let’s discuss the common topic of past and future events. The facts that can be uncovered by this commonplace are not always just one for sure thing. They are actually inferences about something that might have taken place in the past or happening in the present or about to l take place in the future. For example, it is more so used to describe how people typically behave, what communities believe to be true or false, and how the world functions.

Second, let’s talk about the greater and lesser matters. This is the rhetorical common topic is compared to the normal standards of presenting an argument. We see the greater and lesser as relative to each other because greatness can be measured by the fact that it exceeds, whereas less is proven as a lower measure to the greats.

Lastly, let’s refer to the common topic of impossible vs. possible. This topic is used to establish that change of what is or is not possible, now or in the future. For example, economists might use this rhetorical device to argue that it is impossible for inflation to occur during a time of progressive economic decline. It’s present a reality of what could or wouldn’t happen at a given space and time.

Now that we’ve talked about commonplaces and common topics, you should be able to define what an “ideology” is in the context of rhetorical topics and devices. Basically an ideology is “the common sense that is shared among members of a community.”

I put together a list of 15 Ideologies in Commonplaces I saw in magazine advertisements this week. Today in this blog I will talk about 4 different ones advertised at the end of the list related to entertainment television.

Ideologies can be held by a small group of people or an entire culture. The ideology held by individual people results from the education, home life, religious beliefs, and the media. 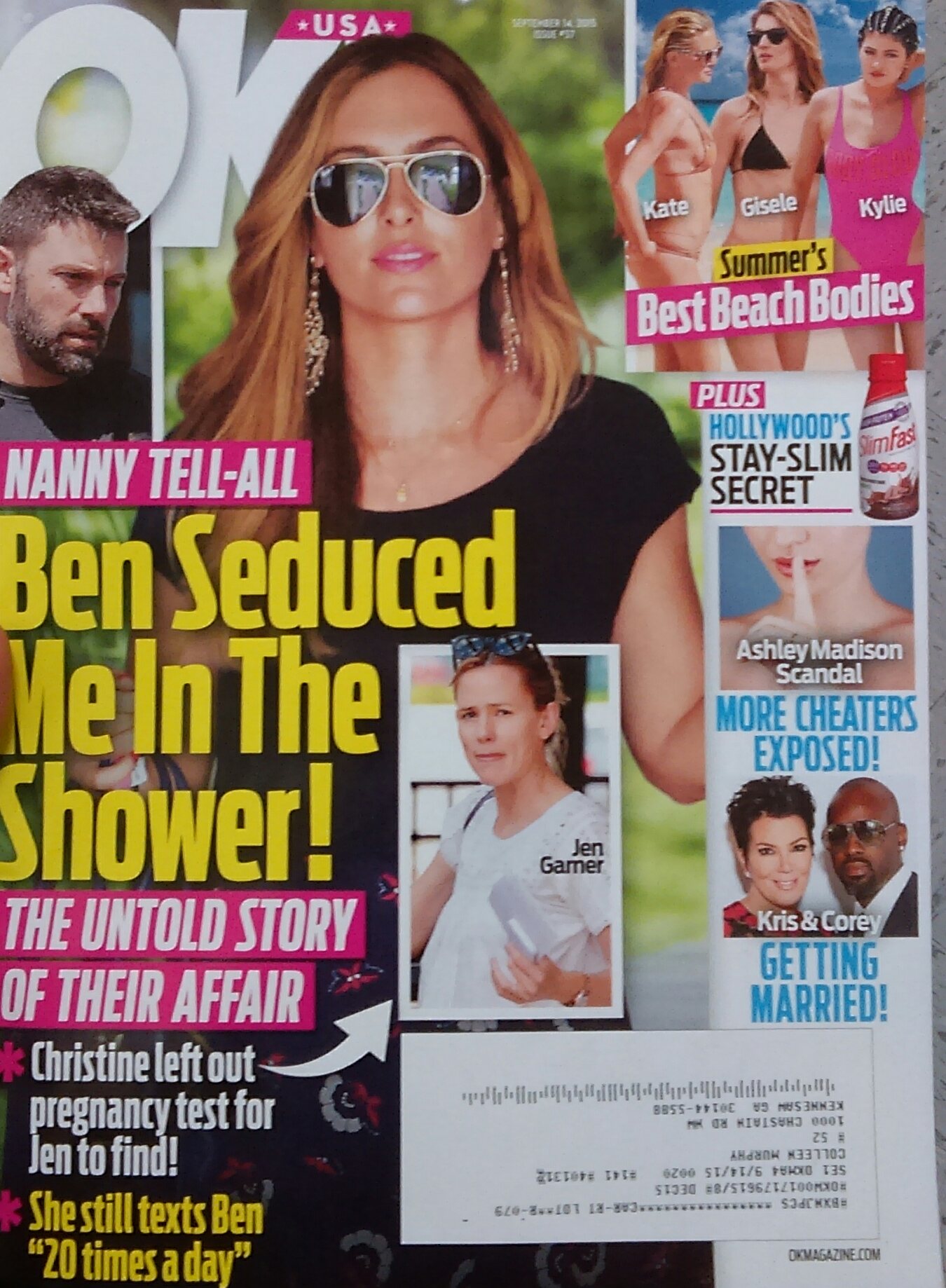 USA Ok Magazine has a plethora of celebrity news and drama on the cover. For this exact reason, I decided to pick up the magazine and flip through to see what kind of ideologies I could find printed on the lightly glossed pages. 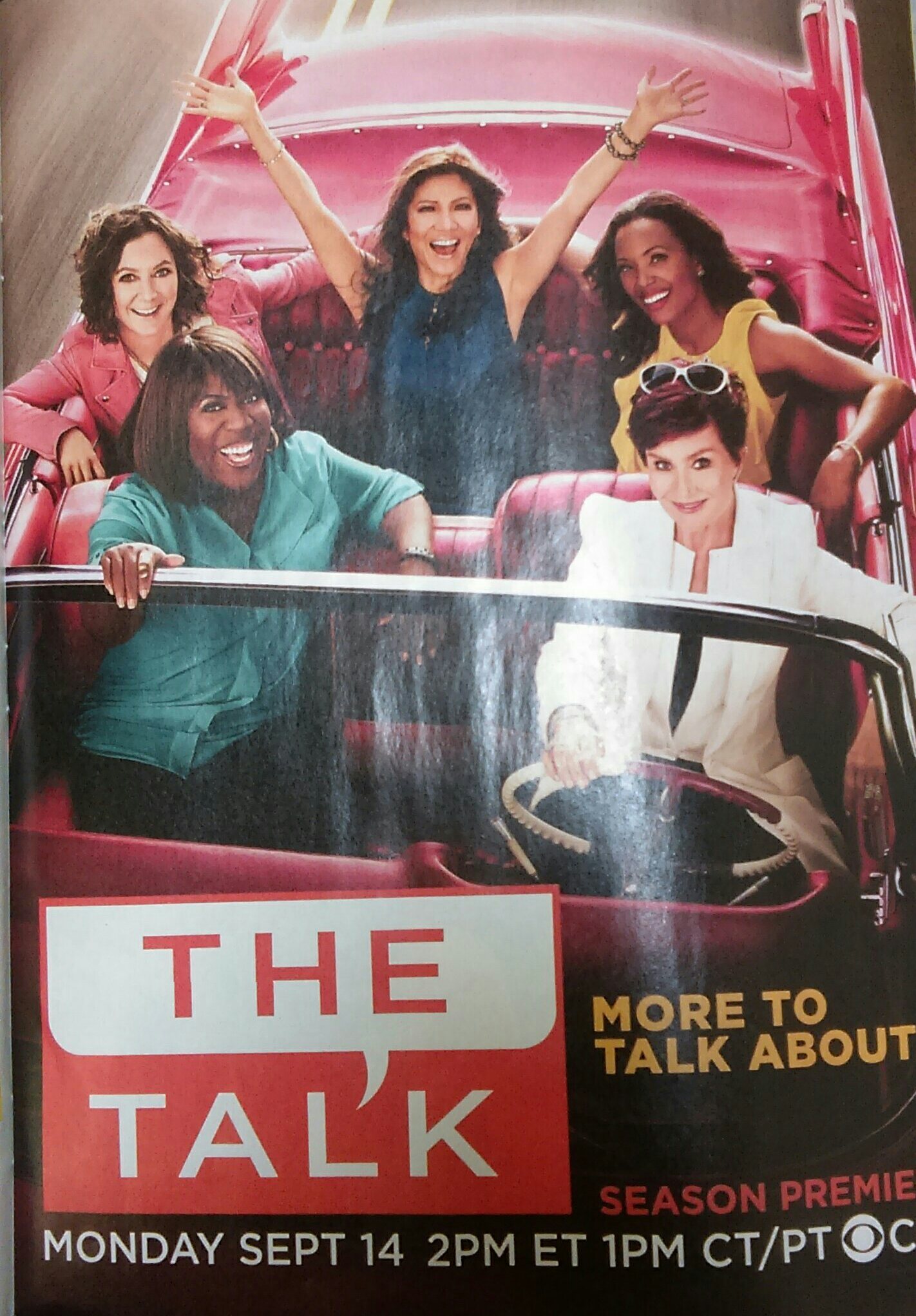 The Talk is a show that broadcast on CBS that cast Julie Chen, Sheryl Underwood, Sharon Osbourne, Sara Gilbert, and Aisha Taylor (photographed above). The show gives us a chance to watch a show that features a behind the scene This picture of what seems to be 5 happy women of various background and ethnicity riding in a dark pink vintage Lincoln on a sunny day gives the impression of the American Dream. Most of us see the American Dream still as the house in the suburbs with the white picket fence married with children and a dog. Over the years, people focus on going to college to get a degree and have been settling at older ages than ever before in history. The impression of the American Dream has slightly been distorted to this more individualistic but friendly and free spirited energy by the younger generations. That’s the representation I see in this advertisement. Also that these women like to talk about drama and controversial topics because that’s what most talk shows do. 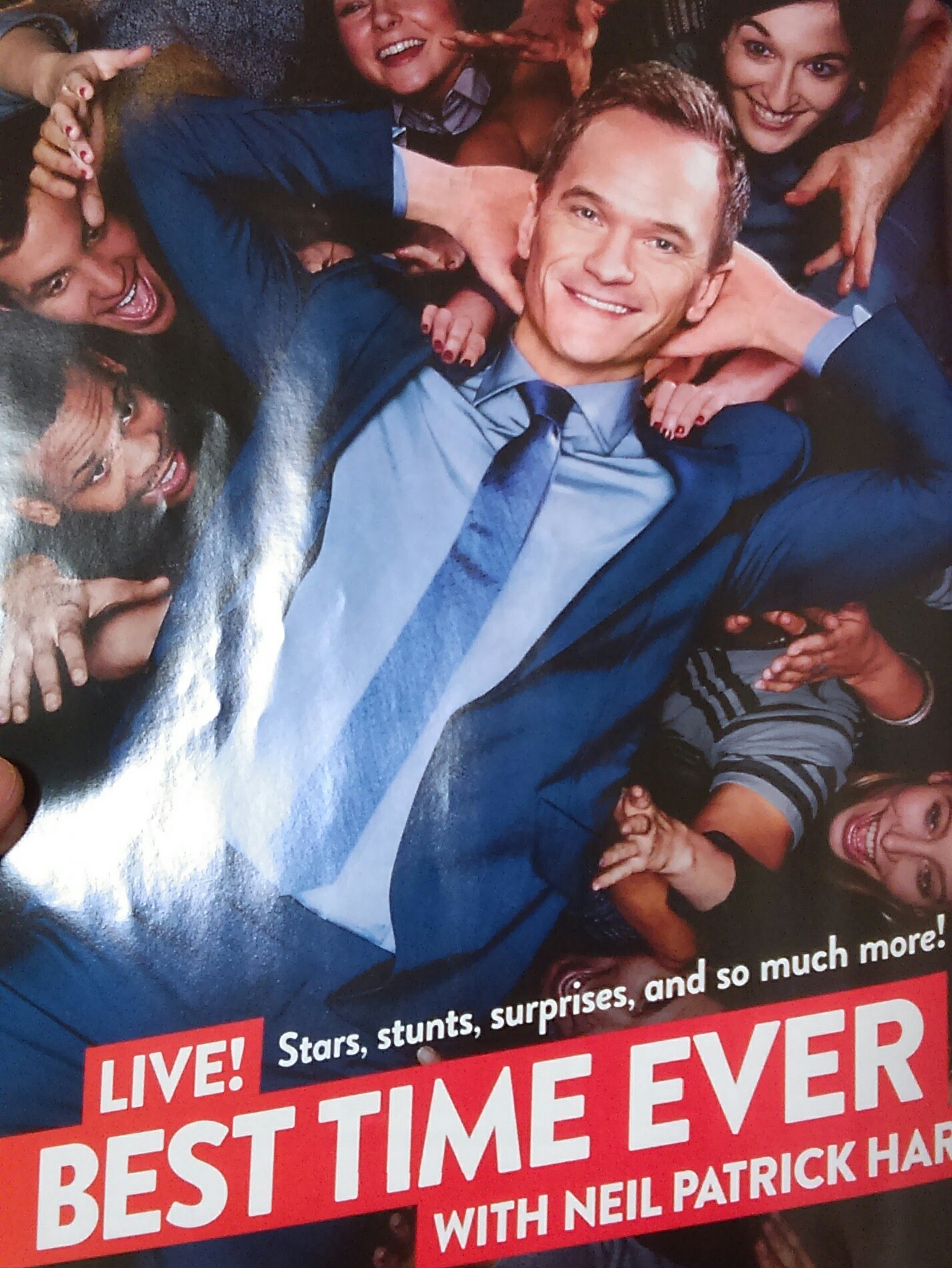 “Stars, stunts, surprises, and so much more” The alliteration of this advertisement along with the guy crowd surfing made me want to watch this show. It brings forth the common place ideology of possibility. It makes me think of the different situations that could occur on the show while watching it at home. I automatically think that there is a strong possibility of crowd surfing, stunts, surprises, and celebrities in this show simply from viewing the advertisement.

Also, the fact that Neil Patrick Harris has become the life of the party after playing the role of Barney Stinson (the flirtatious bachelor focused on his career who loves to party and is afraid of commitment) on the TV show, How I Met Your Mother. He has definitely become legendary! 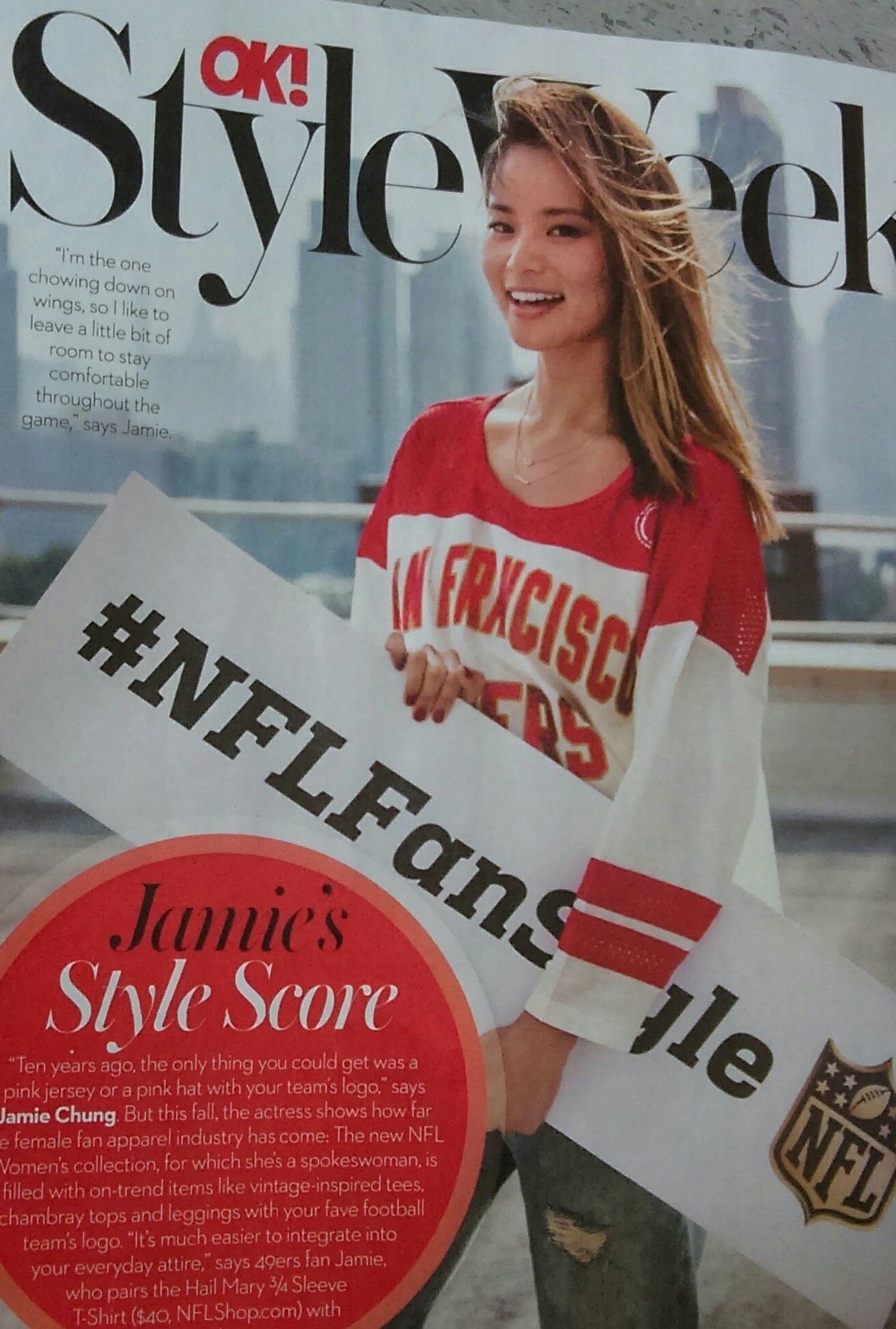 NYC Fashion Week just happened this month and I thought of this feature advertisement of a young woman named Jamie as an ideology of the fashion industry and how the media values or views the “beauty” of a woman. She scored high enough to be featured on her own full color page of the magazine. She represents the fall season perfectly with a football jersey, ripped jeans, and straightened hair (most people straighten their hair more as it gets cold because it doesn’t frizz like it would in the heat). Anyway, this ideology is one that represents greater or lesser values throughout the different opinions of people in society.

Ideologies are interesting once you begin to understand them and see where they come from. When you think about the media and how much we are influenced by the entertainment and fashion industries you will start to realize that it’s really just an American ideology to be this way. Not every country in the world advertises fashion or being entertained the way we do but yet those tend to be the highest ideologies along with religion and education that we are valued globally.